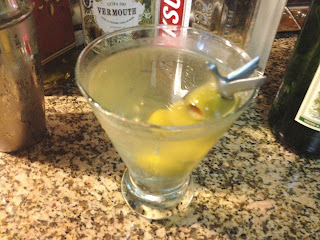 A person’s desire for sex is also known as a sex drive or libido. It is a natural feeling that generally develops in most people during their teenage years and continues throughout their adult lives.

The libido is a complex part of the human psyche that can differ from person to person. It is also directly linked to numerous other factors that we have to deal with in everyday life, namely biological, social or psychological issues. For example, the levels of hormones in our bodies, our personalities, stress, family issues or medical conditions can all have a direct impact on our libido.

For the purpose of this article, we will focus solely on how the consumption of alcohol and tobacco affect sex drive, and what steps can be taken to naturally boost your libido.

Alcohol, as we know, is a depressant that can cause a wide range of emotions and feelings. These feelings can range from happiness, to anger and depression. It has a direct effect on libido too, however both men and women experience different changes to their sex drive after alcohol consumption.

Many men think alcohol is an aphrodisiac that can improve their libido when in fact the opposite is true. Regular or heavy alcohol consumption reduces the amount of testosterone produced in the testes, which has a knock-on effect on sexual desire, the ability to achieve and maintain a proper erection, and the ability to achieve a proper and fulfilling orgasm. In fact, the well known term “Brewer’s Droop” refers to the inability to achieve erection after a period of heavy drinking. There are concerns that this temporary condition may develop into impotence if high levels of alcohol are consumed over a prolonged period of time.

For some men, particularly those suffering from confidence issues or anxiety, the consumption of moderate levels of alcohol can act to increase libido. These individuals tend to be more willing to act on their sexual needs and desires while under the influence of alcohol. Such effects are generally short term and usually only last for a number of hours.

Women tend to consume less alcohol than men, but as their body shape is smaller and contains less water, the effects of alcohol work more quickly than in their male counterparts. When a woman consumes a small or moderate amount of alcohol, it causes an increase in the levels of estradiol and testosterone, thus increasing sex drive and a desire for sex. Most women report that they feel more sexually aroused after consuming some alcohol, although this does not necessarily translate into an improved sexual experience or an increased ability to achieve an orgasm.

Conversely, a smaller but significant percentage of women describe their feelings after alcohol consumption as similar to a decrease in their normal level of inhibition as opposed to an increase in sex drive. For these individuals, alcohol may not directly increase their libido but it does increase their willingness to relax and have fun.